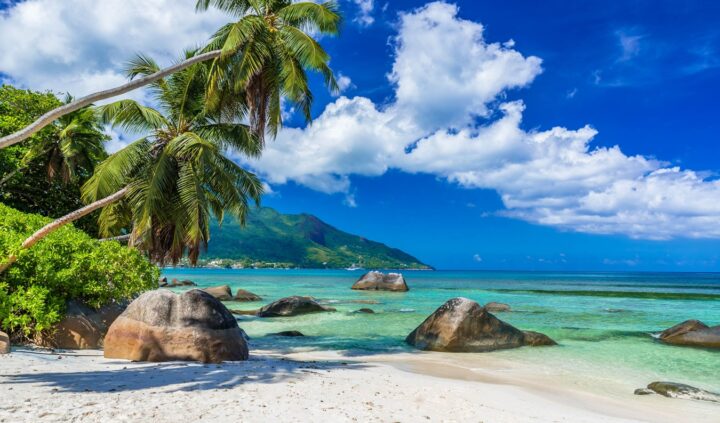 Seychelles, an archipelago country in the Indian Ocean, is considered a vacation paradise. We have compiled general information about Seychelles for you.

The beaches in Seychelles are among the most beautiful in the world. The climate ranges from tropical to sea turquoise and blue. More than half of the land area of ​​the 115 islands has been designated as nature reserves, a world record.

Mysterious mangrove forests, bird sanctuaries, fishing and diving areas invite you to vacation on the island.

Today, Seychelles has seven national parks and four private reserves. The BirdLife Seychelles organization deals with birdlife, one of the richest species in the western Indian Ocean. Flora and fauna are the trump cards of this tropical destination.

The center of Seychelles, the world’s only granite archipelago, is the largest island in this group: Mahé – Victoria, 27 km long and 8 km wide, is the country’s only city with a population of 25 thousand. Victoria is one of the smallest capital cities in the world.

The country’s largest island, Mahé, got its name from the French explorer Picault in 1742.

Praslin, the second largest island, belongs to the “Inner Islands” like most other tourist destinations. It is possible to reach 14 islands from Mahe by ferry, domestic flights or helicopter. Anse Lazio in Praslin is considered one of the most beautiful beaches in the Seychelles.

The prehistoric palm forest is part of the UNESCO World Heritage Site. Also worth seeing is the 154 square kilometer Aldabra Atoll, which has been on the UNESCO list since 1982 and is one of the largest coral atolls in the world. It is home to the largest turtle colony in the world with 150,000 to 200,000 giant animals.

The third largest island, Silhouette, is about 17 km from Mahé and can be reached by charter boat or helicopter tour. The island is not very developed, there are hiking trails instead of roads. La Digue, the fourth largest island in the archipelago, is famous for its beaches; There, day-trippers can cycle to Anse Source d’Argent, which has been described as “arguably the most photographed beach in the world.”

Seychelles is mainly made up of descendants of settlers and African slave workers who migrated from various French colonial areas. This group still makes up over 90 percent of today’s population. There are also small Chinese and Indian minorities, as well as a purely European minority. In 2017, 13.6% of the population were foreign nationals. The total population of the country is about 100 thousand.

The local language spoken in Seychelles has been heavily influenced by French with the effect of colonization. The official languages ​​of the country are Seychellois Creole, English and French. 76.2% of the population is Catholic, about 10.5% is Protestant or Anglican, and 2.4% belongs to other Christian denominations. There are 2.4% Hindus and 1.6% Muslims in the country.

Land transport in Seychelles consists entirely of road transport. Only the islands of Mahé, Praslin and La Digue are accessible by car. Traffic flows on the left in the country. There is no rail transport, but construction of a line is planned for Mahé since 2012.

Seychelles International Airport is located in Mahé. Air Seychelles connects all the major islands and also flies to cities in Europe and Asia.

Seychelles is among the first countries in the world to include nature protection in their constitutions. With almost 59% of its area, the island nation has by far the largest percentage of protected areas in the world.