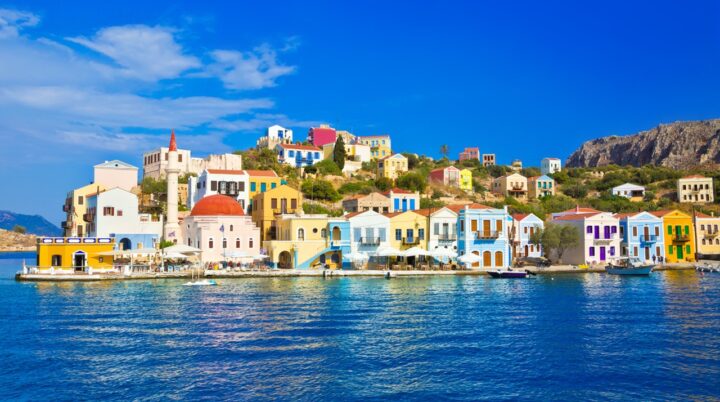 Best travel time for the Kastellorizo

You will fall in love with the island as soon as you see the fairytale harbor with its white and terracotta mosque and pastel colored houses. The capital is also the only inhabited place on the island, the rest is green landscapes, hills and paths with little surprises – such as ancient ruins or hidden coves. All of this coupled with the rocky coastline perfect for diving and swimming in the clear water makes this island so special. There’s also the medieval castle perched on red rocks overlooking the harbor that gave the island its name.

Getting to Kastellorizo: You can choose to fly or take the ferry. Goes both from Athens or Rhodes. From Rhodes, a flight takes half an hour and the ferry trip takes four hours.