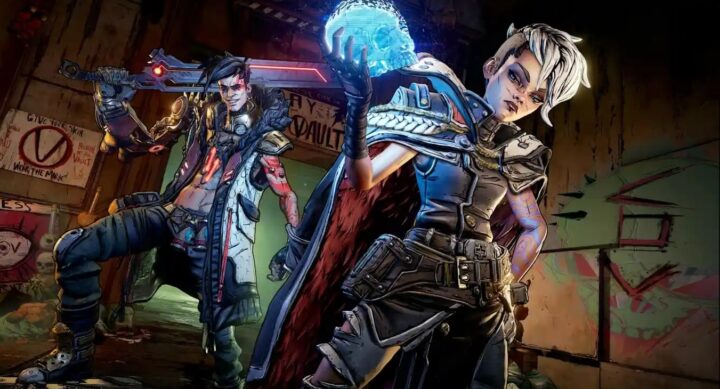 Epic Games is discounting games on its platform for four weeks. In addition, there should be weekly high-quality free games. At the beginning: “Borderlands 3”.

Epic Games starts its “Mega Sale” with “Borderlands 3”: The shooter from Gearbox Software is free on the Epic Games Store until May 26th. Epic Games plans to offer a high-quality free game on its platform every week until June 16th. “Borderlands 3” currently costs 15 euros on Steam.

In addition to the four free games, Epic Games will be offering discounts on numerous video games over the next four weeks. The shooter “Far Cry 6” is currently listed for around 30 euros, “Tiny Tina’s Wonderland” costs 48 euros – actually. Because the prices are even cheaper if you put the games in the shopping cart: Epic Games deducts another 25 percent for all titles that cost at least 15 euros. You can actually get “Tiny Tina’s Wonderland” for 36 euros, “Far Cry 6” for 22.50 euros.

This flat 25 percent voucher is valid for all games in the Epic Games Store that cost more than 14.98 euros during the promotional period. Even titles that are currently not otherwise reduced in price benefit from this price reduction. In previous sales campaigns, Epic Games had offered vouchers with a fixed monetary value, and now a percentage is being deducted for the first time. The voucher is only valid for games that are already available. So it cannot be applied to pre-orders.

It is not yet known which games Epic Games will offer for free in the next three weeks – the individual titles will only be revealed for activation. Recently, repetitions crept in at Epic’s free offers: Last week, “Prey” and “Jotun” were offered free of charge. While Epic had already given away “Jotun” in 2019, “Prey” was only available for free in the US company’s store in December of last year.

As usual with Epic’s free games, the only requirement to take home is an Epic Games Store account. Anyone who has activated a title for the first time will find it in their library even after the offer period has expired and can install and play it at any time.