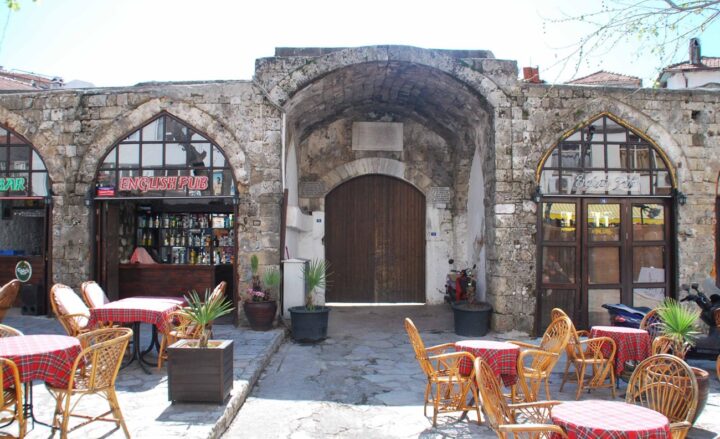 Among the places to visit in Marmaris, Hafsa Sultan Caravanserai is one of the Ottoman structures in the region.

The caravanserai, which was built in the name of Hafsa Sultan, the mother of Suleiman the Magnificent, was built in 1545 on the narrow road leading to Marmaris Castle.

However, when it was first built, it had a much more comprehensive structure than it is today. There is a hammam that has existed until recently.

In addition, the second floor, which used to function as an inn, was demolished over time. Reflecting the Ottoman period architecture, the caravanserai attracts the attention of those who visit Marmaris.

The operation of a section as a bar for a while was criticized by the local people. Caravanserai, which has an important architectural value, is a place where touristic places with cafes and souvenir shops are operated today.

As a result of the reactions, studies are continuing to transform the Caravanserai into a museum.