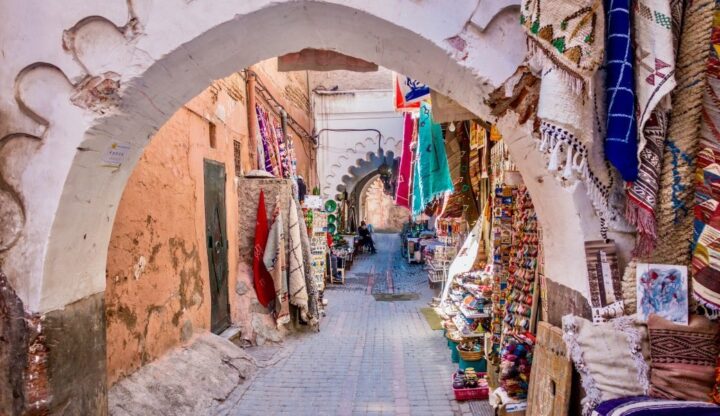 Holidays in Morocco – The best tips

Morocco is different. The people are predominantly Berbers who have been Arabized but have never really become Arabs. 70 percent of Moroccans belong to this ancient people, which consists of different tribes and has lived in North Africa for more than 4000 years. The ancestors of today’s Moroccans can even point to an Egyptian pharaoh dynasty. Morocco’s climate also differs from its neighbors, especially in the holiday regions in the north-west. Similar to the neighboring Canary Islands, a moderate Mediterranean to subtropical climate prevails. There is snow in the Atlas Mountains and sweltering heat in the Sahara.

Which cities and places to visit in Morocco

Marrakech is one of the most exciting tourist attractions in Morocco. The city with its approximately 950,000 inhabitants has been a UNESCO World Heritage Site since 1985. The souks (markets) in particular are popular with holidaymakers. But also the numerous other sights.

Marrakech in the southwest of Morocco has a lot to offer for onlookers: for example, the almost completely preserved city wall with its 202 towers. Or the Bahia Palace with its incredible 160 rooms. In the middle of the old town, not far from Djemaa el Fna square, you can also find the Ben Youssef Mosque from the 12th century.

Marrakech has one undisputed landmark: the Koutoubia Mosque. The 77 meter high minaret from the 12th century can be seen from far outside the city. But anyone who now thinks that the Moroccan metropolis only has bazaars, mosques and magnificent palaces, but otherwise more dust than nature, is greatly mistaken. Because the botanical garden Jardin Majorelle is one of the most beautiful in North Africa.

Tangier – one of the most beautiful cities in Morocco

Since the 19th century, Tangier’s geographic location as a gateway to Africa has made it a meeting point for diplomats, spies and agents (and accordingly appears again and again in spy films). The “white city” Tangier with the wonderful old town, its scandalous reputation and its numerous terrace cafés with a wonderful view is one of the must-see sights in Morocco and should not be missing from our tips.

The Kasbah with the former sultan’s palace towers over the city. From here there is a magnificent view over the Bay of Gibraltar. The historical museum Musée de la Casbah with its Carthaginian tomb and the Roman mosaics should definitely be visited.

Petit Socco square used to be the heart of Tangier’s medina. There are still cafes and plenty of traders here. The central marketplace and gateway to the medina, the Grand Socco is now Tangier’s colorful market selling fruits, vegetables, spices, fabrics and electronics.

Tangier’s attractions also include the Sidi Bounabib Mosque next to the Manoubia Gardens and the Moulai Ismail Mosque. 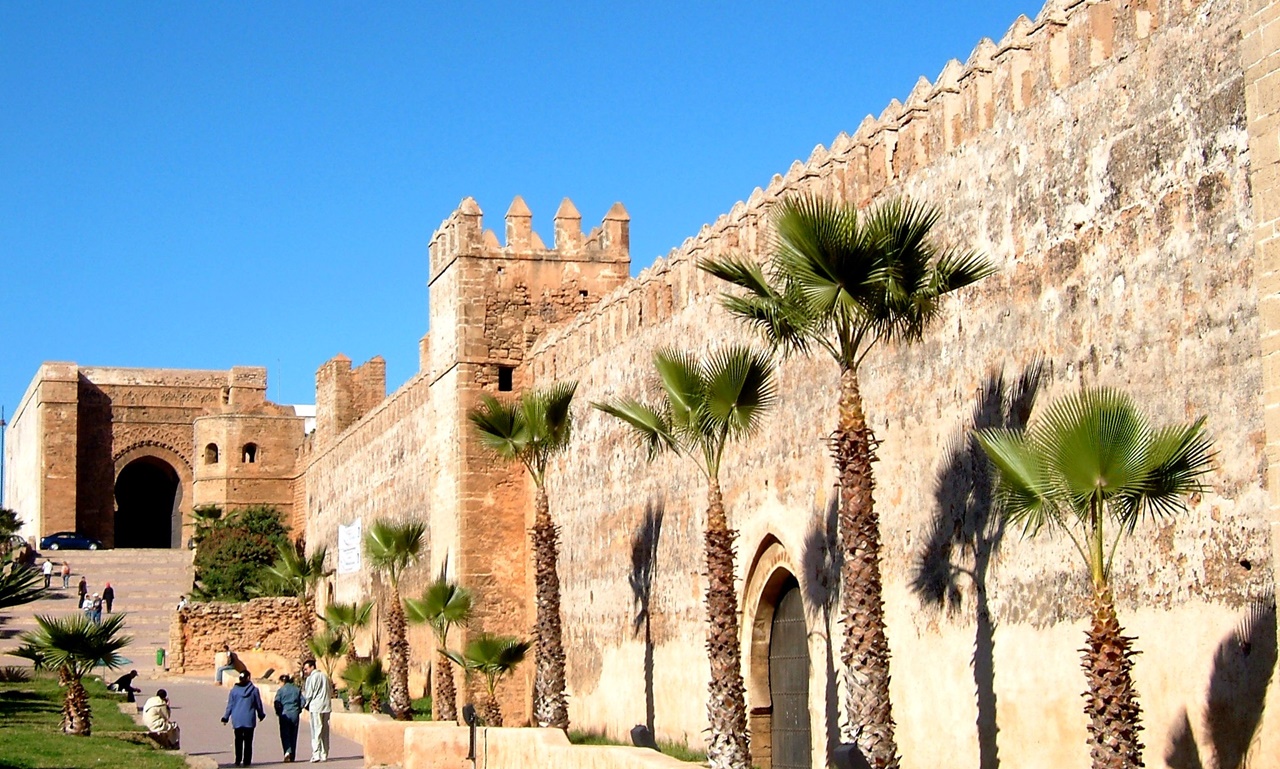 Morocco’s capital Rabat itself is one of the most underestimated places on the Moroccan coast. Most people know Marrakech and Fès, which are inland. But Morocco’s third royal city is not on many people’s itineraries. A mistake. Rabat is not nearly as touristy as Marrakech, for example, but it also has a lot to offer. The souk market is a real eye-catcher, the old town behind the fortress wall is a fascinating maze of alleys in blue and white, with Andalusian-Moorish gardens and great cafes.

If the bustling capital on the Atlantic is too big for you, you should drive to sleepy Asilah, one of the most beautiful Moroccan coastal towns ever – and yet hardly visited by foreigners. Moroccan artists decorated the snow-white house facades in the cute old town with murals. The medina faces the sea and is protected by a medieval fortress wall. Here the Orient meets the roaring ocean in all its beauty.

Essaouira is one of the top tips for a visit to Morocco. The blue and white facades of the houses are reminiscent of the city’s Portuguese past. But the muezzin’s call to prayer reminds visitors that they are not in the Algarve, but a two-hour drive west of Marrakech in southern Morocco.

The streets smell of leather goods, oriental spices, mint tea and of course fish, which is often prepared and served in a tagine in the numerous restaurants. In the 1960s and 1970s, hippies, dropouts and artists discovered Essaouira for themselves. Even Jimi Hendrix and Bob Marley came here to relax. After that, especially windsurfers and kitesurfers found their paradise in Essaouira. For several years now, they have also been conquering the coast further north and south.

On the journey, one initially believes in hallucinations, an effect of the heat – but then goats actually climb the trees to get to the yellow fruits of the argan trees. The pulp is extremely bitter and completely inedible for humans. But the goatherds are particularly interested in the sunflower-like kernels that the goats excrete. They sell these to one of the many women’s associations in the region that use the kernels to produce the world-famous argan oil, which is processed into cosmetics.

The vegetation is slowly disappearing. The proximity to the Sahara becomes noticeable. From Sidi Ifni, an old Spanish garrison town, the beaches get longer, lonelier and more desert-like. The Spaniards had maintained a base for the slave trade and fishing here since 1476. They only retired in 1968. Many older residents still speak Spanish.

The seaside town of Oualidia 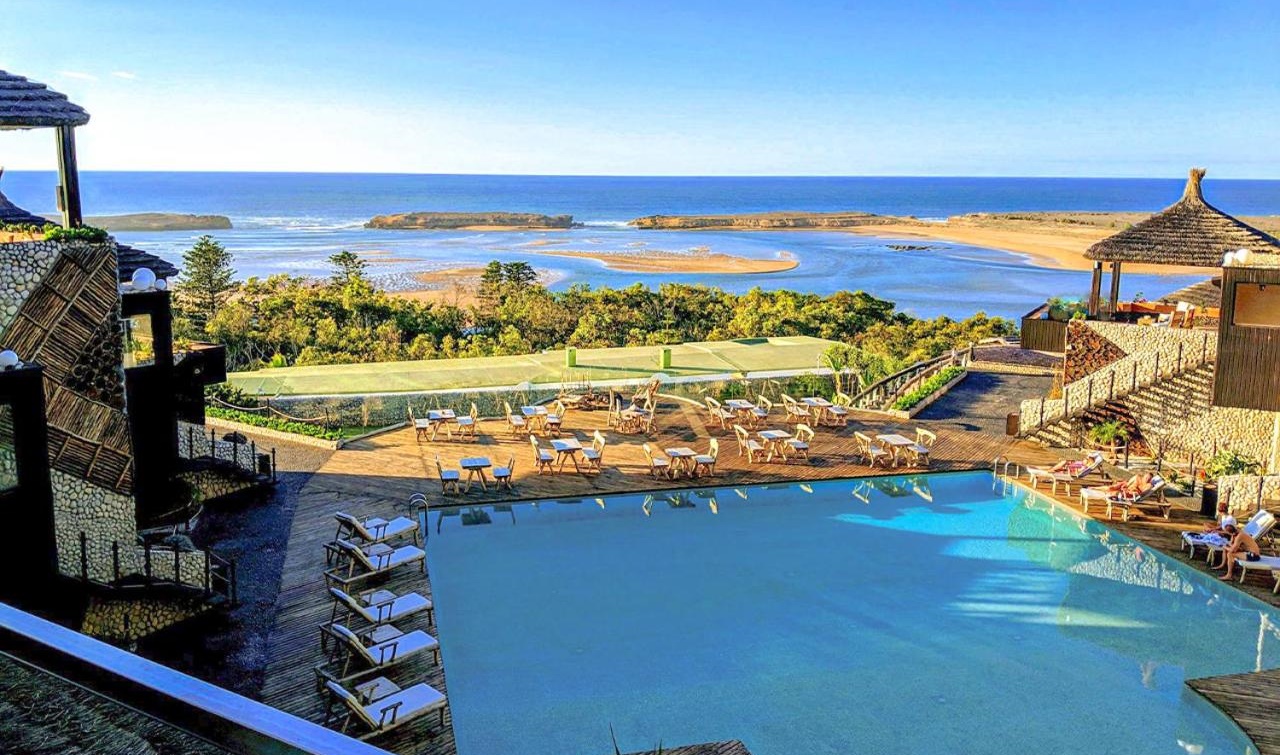 North of Sidi Ifni you will find what is probably the most spectacular coastal landscape in all of Morocco. In Legzira, two gigantic rock arches span the beach of the same name, where commercial filmmakers like to shoot again and again. Wonders of nature, but one of which collapsed in 2016.

Morocco’s 2000 km long Atlantic coast also offers some highlights further north. If you drive past Agadir and Casablanca, you won’t miss anything. But on the way from the south to Rabat, foodies in particular would make a huge mistake if they didn’t stop in Oualidia. Popular with Moroccans, this coastal town with its beautiful lagoon is considered one of the best places in the country for seafood.

Other cities worth seeing in Morocco are Chefchaouen with its charming old town of narrow streets, small squares and blue and white-washed houses, and of course the imperial cities of Fès and Mèknes. In addition, you should definitely do a desert tour on the back of a camel or in a jeep. Tours where you spend the night in the Sahara and can admire the starry sky almost without being restricted by artificial light are also great.