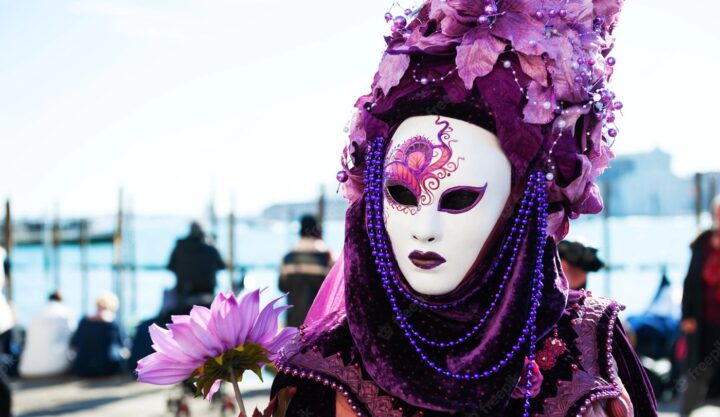 The top 10 most colorful carnival celebrations in Europe

Live the fiesta! We’ll show you in which 10 European cities things are happening at carnival! / The top 10 most colorful carnival celebrations in Europe

From Venice to Nice, the fifth season is here. With funny jesters, hot parties and lots of thirsty throats, the hustle and bustle conquers the streets all over Europe. Skyscanner tells you where to celebrate best in our latitudes!

Dig the mask out of the closet and let’s go to what is probably the most extravagant carnival party on our continent. The Carnevale di Venezia is reminiscent of a huge open-air theater where you feel transported back to the 18th century for 10 days. In addition to the masked balls, candle banquets and historical parades, the famous “Angel Flight” over St. Mark’s Square is the highlight of the Venetian carnival – an absolute must for all culture-loving revelers.

Carnival in Cologne, Germany, is also all about! Hundreds of thousands of jesters, dashing Funkenmariechen and Lappe clowns take to the streets between Weiberfastnacht and Ash Wednesday. The Cologne triumvirate opens the street carnival on the Alter Markt at 11:11 sharp, before numerous events, parades and, of course, a lively and cheerful atmosphere lead to celebration with loud shouts of “Kölle Alaaf!”.

The Viareggio Carnival is the largest in Italy, along with the Carneval di Venezia. More than a million visitors are drawn to the popular seaside resort in Tuscany every year, where huge carnival figures made of papier-mâché, which mainly caricature politicians and other authorities, and elaborately decorated floats ensure a motley and silly hustle and bustle.

Carnival in Tenerife is as legendary as it is inspiring. Even the biggest haters of carnival will be infected by the intoxicating atmosphere. With pleasant temperatures of around 20 degrees, the imaginatively dressed revelers parade through the streets of Santa Cruz and Puerto de la Cruz to drum music and Latino rhythms. Don’t miss the parade in Puerto de la Cruz, the funeral of the papier-mâché sardine and the coronation of the carnival queen.

This year there is again a state of emergency in Binche in southern Belgium. The Bincher Jeckenfest is considered one of the oldest in the world and was even included in the UNESCO list of intangible and oral world cultural heritage in 2003. But watch out, brightly dressed Gilles are up to mischief and throwing oranges at the audience!

The largest carnival in England, the “Notting Hill Carnival” is colourful, shrill and exotic – but has nothing to do with Lent at all, but is celebrated in honor of Caribbean culture. Two million visitors dance to Afro-Caribbean rhythms and birds of paradise from all over the world create an atmosphere that is otherwise only known from Latin America.

The Danish city of Aalborg celebrates what is said to be the largest carnival in Northern Europe with hundreds of thousands of jesters. Everyone can take part in the colorful hustle and bustle, including the spectators. Thrilling music, magnificently decorated floats and a jolly atmosphere make the carnival, which was first celebrated in 1983, grow bigger year in year out.

The Basel Fasnacht traditionally begins at four o’clock in the morning, on the Monday after Ash Wednesday. Then the lights go out all over the city and the three most foolish days of the year begin with the proven “Morgenstraich” and the march to the market square. The whole of Basel is out of control during the fifth season. Thousands of carnival drummers and piccolo players, followed by thousands upon thousands of jesters dressed up in elaborately decorated masks, rule the streets and alleys of the city for three days.

Our southern neighbors also know how to celebrate properly at carnival time! Every year at the famous Villach carnival, there are parades, motley fool costumes, delicious carnival dishes and the typical lei-lei calls to celebrate. Also present every year: the traditional cabaret program, which is also broadcast on TV throughout the country.

A bit similar to the Venice Carnival, Nice also hosts big, two-week carnival celebrations every year, which end on Mardi Gras and which, in addition to many parades, big and small events, as well as incredibly delicious (and sumptuous!) food especially the magnificent flower parade, where floats with the most beautiful flower arrangements parade through the streets of the city.