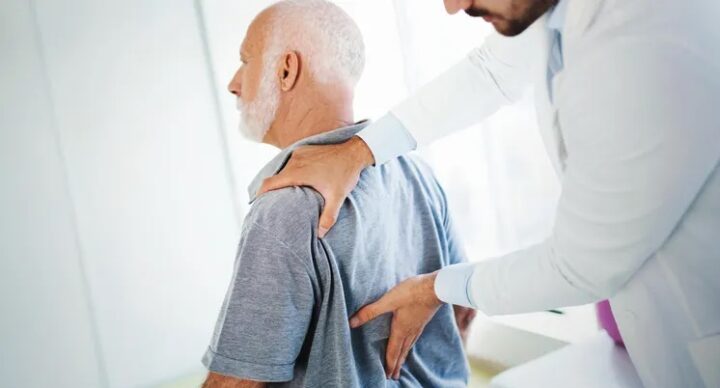 These symptoms can herald kidney failure

In extreme cases, kidney failure can result in complete kidney failure. It is all the more important to clarify possible symptoms in good time. Find out how a loss of kidney function can make itself felt.

Depending on the extent of the renal insufficiency, the symptoms can range from inconspicuous to life-threatening. If the kidneys fail completely, only dialysis or a kidney transplant can help.

Kidney failure: why the symptoms are so varied

The symptoms associated with renal failure can affect almost any part of the body. This is because the kidneys serve two distinct functions, each with multiple implications:

As a filtration and excretion organ, the kidney cleans the blood and thus forms urine. The body excretes the filtered waste (such as urea, uric acid or creatinine) with the urine, while other – important – substances (such as water, sugar or some salts) are partly or completely reabsorbed into the blood beforehand.
As an endocrine organ, the kidneys produce various hormones and other substances that are involved in a wide variety of processes in the body, such as regulating blood pressure, forming red blood cells and producing vitamin D.

The human body has two kidneys. However, as long as it is healthy, a single kidney can also fulfill both functions on its own.

Alone due to the limited filtration and

Kidney failure can cause a myriad of symptoms. As a result, the body can no longer adequately dispose of unwanted metabolic products and pollutants supplied from outside (e.g. via food, medication or drugs). The result: the substances accumulate in the blood. These include acidic metabolites, which throw the acid-base balance out of balance.

In addition, the impaired kidney function affects the water-electrolyte balance and thus also the blood pressure. Normally, the kidneys regulate both by retaining water and salts or excreting more of them with the urine, as required. If this does not work due to kidney failure, symptoms such as water retention in the body and increased blood pressure can occur.

If renal insufficiency leads to complete kidney failure, the symptoms are life-threatening. Because then the waste materials in the blood accumulate so much that they poison the body, so to speak. The possible signs of such urinary poisoning (technically called uraemia) include skin changes, gastrointestinal problems, cardiovascular problems and brain and nerve damage.

In addition, in the case of renal insufficiency, symptoms can arise that are caused by the disrupted formation of hormones and similar substances in the kidneys. These include, above all

Anemia due to a lack of erythropoietin (EPO for short): this hormone, which is normally produced by the kidneys, stimulates the formation of red blood cells.

Bone damage caused by a lack of calcitriol: This active form of vitamin D, which is normally produced in the kidneys, plays an important role in bone metabolism.

If waste products accumulate quickly in the blood or if urine output suddenly drops drastically, this indicates acute renal insufficiency (obsolete: acute kidney failure). The symptoms of this are – at least initially – inconspicuous. But subsequently, the acute kidney failure can cause clearer symptoms. These include above all:

Accumulation of fluid (oedema) with visible swelling, such as on the eyelids, face, flanks and legs
Difficult breathing with shortness of breath
deep breathing (so-called Kussmaul breathing), possibly also rapid breathing
uncomfortable perception of your own heartbeat
cardiac arrhythmias

Occasionally, a sudden deterioration in kidney function causes little or no symptoms. Depending on the cause of the acute renal insufficiency, the symptoms of the respective underlying disease can then be more noticeable. For example, some sufferers have

Flank pain due to kidney disease or
Fever as a sign of inflammation.
If left untreated, acute renal failure can cause serious symptoms and be fatal. However, if the underlying disease can be corrected, there is a good chance that the kidneys will recover partially or even completely. However, some sufferers develop chronic renal failure.

If the kidneys are permanently damaged or their function is restricted, this is called chronic renal insufficiency. However, it can take a while for symptoms to appear: most of those affected do not feel any symptoms for a long time.

The majority of these symptoms are caused by urinary intoxication and body overhydration, which typically increase as chronic kidney disease progresses. The symptoms can occur both individually and in various combinations.

In Germany, an estimated two million people have chronic kidney failure. The symptoms appear predominantly in old age: most of those affected are over 60 years old.

In some cases, chronic renal failure leads to complete kidney failure. Its symptoms are life-threatening and can only be treated with dialysis or a kidney transplant. Around 90,000 people in Germany currently need dialysis treatment – ​​and over 2,000 people receive a new kidney every year.