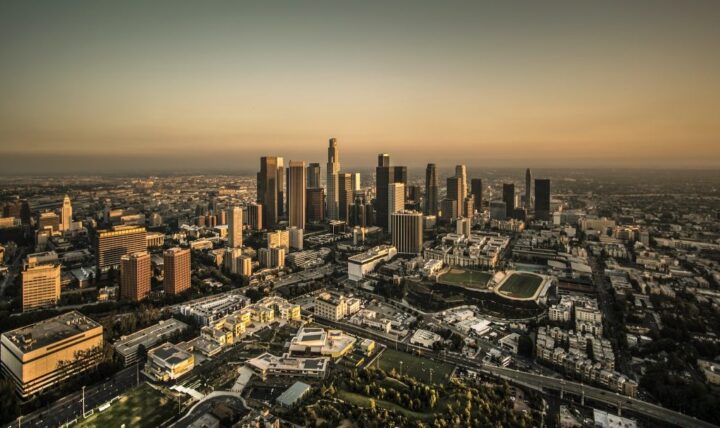 The 11 best things to do in Los Angeles

Definitely much poorer in attractions and familiar faces. There is a lot to see in the “City of Angels”.

Los Angeles offers numerous major sights and attractions. Not least because the city in the south of the US state of California with its famous Hollywood district is the center of the American film industry.

The most important task in Venice Beach, probably the most popular beach in Los Angeles: See and be seen – the order does not matter. People do sports or watch others do it, admire the muscles of Arnold Schwarzenegger imitators, get a tattoo or race past the pedestrians on inline skaters. Of course you can also sunbathe, the sandy beach is fine and wide and the Pacific is perfect for walking out in your new bathing suit.

Children love it, but many adults also find it difficult to resist the pull of Disneyland in Anaheim, just outside Los Angeles. The Anaheim amusement park deserves a place in the top 10 attractions in and around Los Angeles. Everywhere you meet Disney stars from Mickey Mouse to Donald Duck, there are magic shows, rides, regular fireworks shows and buildings that you know from the Disney films. A visit is a must – not just for fans!

The probability of seeing a real Hollywood star is not very high in Los Angeles either. But you can still follow in their footsteps. For example on the Walk of Fame. It stretches along Hollywood Boulevard and features the stars of Hollywood’s big names.

At the end of 2021, there were 2709 pink terrazzo stars with the autographs and palm prints of stars from music, film and theater, from Fred Astaire to Harrison Ford to Christina Aguilera. Many a fan has already placed their hand on the imprint of their favorite star and felt very close to them for a moment.

Universal Studios / The 11 best things to do in Los Angeles

Dreaming is allowed when you visit the legendary Universal Studios in Los Angeles. Because in the theme park of the studios you can get a taste of the Hollywood atmosphere. So it’s no wonder that Universal Studios is one of the top attractions in the “City of Angels”. The studio tour takes you past film sets and you can watch the production teams live. Stunt shows and adventurous rides from the “Jurassic Park” boat tour to the “Revenge of the Mummy” roller coaster complete the program.

The Santa Monica Pier is 490 meters long and offers an impressive view of Los Angeles from the sea, but is also a tourist attraction in its own right: the concrete pier has shops, restaurants and carousels. It’s never really quiet here, but nobody who visits the amusement park on the water is looking for that either. Hollywood is omnipresent here, too, as films are regularly shot at the Santa Monica Pier.

It is the city’s landmark and probably the most famous lettering in the world: the Hollywood Sign on Mount Lee in Los Angeles. Originally it was just a publicity stunt, but when it came to tearing the letters off again, there was great protest. The Hollywood Sign remained and is today a popular photo motif. But you can’t visit it, the area is fenced.

This theater is already an eye-catcher from the outside. A building with a strange shape and a magical attraction for everyone who loves cinema. Legendary film world premieres took place in the TCL Chinese Theater (former names: Grauman’s Chinese Theatre, Mann’s Chinese Theatre). In front of it you can admire the handprints of Hollywood greats in the asphalt. And if you suddenly stand in front of a star, you should take a close look: It could be a well-done double who likes to be photographed with fans.

You can meet real stars at the Dolby Theater in Los Angeles – at least at the Oscars, which always take place in this theater in the spring. The building, which is one of the must-see sights in Los Angeles, looks like an opera house, and it has seen many celebrities: the winners of the Emmy Awards and the American Idol singing competitions, for example. In the hall of the Dolby Theater, which was called the Kodak Theater until 2012, there is room for 3400 spectators.

Sunset Blvd / The 11 best things to do in Los Angeles

The most famous street in Los Angeles starts downtown and leads through Hollywood and Beverly Hills to Santa Monica. One is only marginally interested in the road itself with its four lanes and the heavy traffic. What matters are the houses and businesses. Especially the area in West Hollywood, called Sunset Strip, is a popular destination for shopping fans – with many designer boutiques, clubs and restaurants.

A must not only for film fans: Mullholland Drive, which is more than 30 kilometers long, leads directly through the Hollywood Hills. The famous street offers dream views of downtown LA, the Santa Monica Mountains and the star villas as well as an indescribable feeling of freedom.