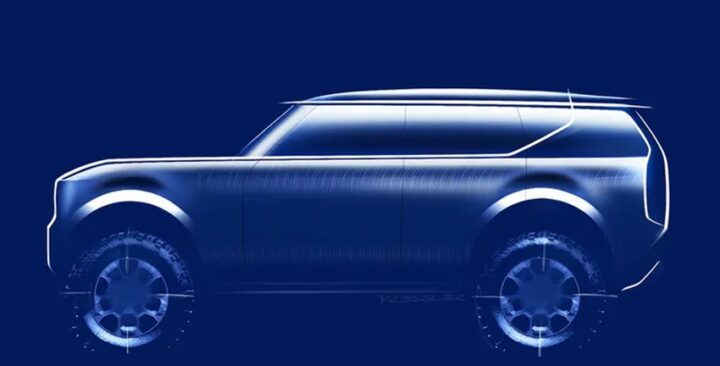 Scout is back. Just like Hummer and Bronco, the old brand is making a comeback – under the VW umbrella. What the name is all about and what exactly the group is planning.

The Americans and their pick-ups – a probably never-ending love story. She also makes the car manufacturers happy. Because it gives them fantastic sales figures. At least those who offer the right model range. For example, not VW.

Ford and GM have done it

In order to earn some money from this lucrative business, the Wolfsburg-based company is following a path that Ford and General Motors have already taken: With Bronco and Hummer, both companies have brought two big names out of the woods and are working on reviving their brands – but now with them clean e-drive.

The name of the retro VW has already been decided: Scout. From 2026 it will be found on new SUVs and pick-ups. At least in the USA, because the comeback plans are limited to the important pick-up market. Initially, 100 million euros are to flow into the project.

VW has been trying for some time to gain a foothold in the important market. Although the group had a suitable model in its range with the Amarok (will also be back soon), the pick-up was not available in the USA of all places. The reason was higher import duties for certain types of cars as a result of a trade dispute. With a new model from the factory in Chattanooga (Tennessee) or a new plant in the USA or in Mexico, the group could also become competitive in the USA.

How VW got the name Scout

International Harvester: This name should now only be known to real car nerds. Founded in Chicago in 1902, the manufacturer first built cars from 1907, then trucks and agricultural machinery, before the name disappeared into thin air in 1985.

One of the better known – or rather, not entirely forgotten – models was a lusty SUV built between 1960 and 1980, similar to the Ford Bronco and Jeep Wrangler: the Scout.

However, International Harvester did not completely disappear. But a part went into the company Navistar International Transport Corporation. Navistar, the short form, is now a truck manufacturer with 12,000 employees and more than 7.5 billion dollars in sales (about 6.4 billion euros). And also since last year a brand of the VW commercial vehicle group Traton (including MAN, Scania). The merger with the truck manufacturer also gave VW access to the Scout name.